Shining the spotlight on… Leng Montgomery

Join us to read Leng Montgomery’s fantastic journey, learning about his different career choices to ending up with a job he loves! Grab a tea and enjoy his story…

Can you briefly explain the journey of your career to date?

My career journey hasn’t been linear that’s for sure, but I’ve really enjoyed the different experiences I’ve picked up along the way to becoming the D&I Manager I am now. I’ve done everything from photography, childcare, cooking, putting furniture together, running errands, admin and booking holidays for people, communications, as well as a lot of volunteering which was what helped me find the career path I am on now and I can happily say that I love my job!

What made you choose to work in Diversity & Inclusion? 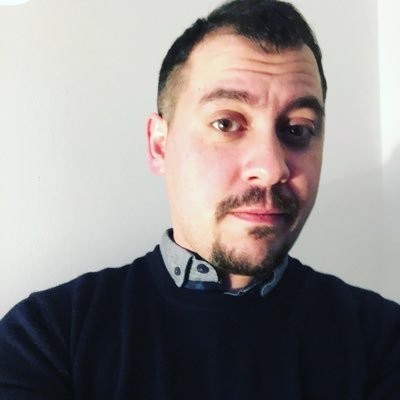 When I was at university studying Photojournalism a lot of my work and passion was centred around wanting to provide a voice for underrepresented people and I also liked finding ways for different groups of people or communities to have the types of representation that spoke for them rather than things that were stereotypical or misrepresentative of them.

I’ve also enjoyed communications, a feeling of working in and around different business areas and a general curiosity about society and culture which I feel are some of the skills that are required to work in D&I.

How I ended up here is another story. Post University I was working in communications and then found myself working freelance, some consulting and a few different jobs one of which involved working at an LGBT charity and from there working in the workplace team.

It really clarified for me that I wanted to work in D&I given I was working on their Workplace index and I was so inspired by some of the great work I was seeing organisations doing that involved cultural change and empowering people to perform well and that was a job! I wanted to broaden my work outside of LGBT and was fortunate to get a role at Sainsbury’s where I had a great opportunity to work with such a large colleague base and work across much larger areas of diversity.

What projects or initiatives are you working on?

I’ve been working on a lot of activity that supports some of our policies relating to CSR, citizenship and wellbeing. In addition to this I’ve also been working with different parts of HR, Recruitment and our U Board, who are the group of leaders who focus on BDO’s culture.

I’ve also attended some great events that have been hosted by our Network groups and Early in Careers team.

What piece of work are you the most proud of?

I haven’t been in my role for very long so I can’t speak for something I’ve done at BDO (yet) but career highlights for me have included changing policies and bringing networks together and watching companies I’ve left advancing what I set up and put more things in motion. Watching a diversity succession plan work out is one of the greatest things to ever happen, as for me, success professionally is the legacy that you leave behind.

Who has been the most influential person in your career and why?

I think it has to be John Elliott. When I worked at Sainsbury’s I learned a lot from him as a leader and really admired his way of getting things done as well as his inspirational leadership style and commitment to Diversity and Inclusion.

He also identified with me areas where I was a leader and helped me reflect on the strategic areas I needed to focus on in order to develop myself further.

This was at a time that we were both in completely different levels of the organisation; he recognised and saw leadership potential in me and I’ve been able to take that into future roles and I really enjoy since our time working together the conversations we’ll have about how to make change happen and also reflect on ourselves and the world around us.

When I grew up I wanted to be…

A heart surgeon so I could fix broken hearts.