Today we shine the spotlight on Jessica Robson who shares her fascinating journey from training as a PA, to Office Manager to founder of Run Talk Run – one of the UK’s most innovative mental health movements.

In this fascinating article, Jessica opens up gives us a frank and open account of mental health issues.

Can you explain your career journey to date?

My career direction started with the decision to not go to university. Which, coming from a very academically-focused school, was rather a big deal. I could have gone, I had the grades to go, and I most certainly had the expectation from parents/teachers/peers to go, too.

I knew that I wanted to be living and working in London, and I was prepared to take whatever approach necessary to make that happen. Such was the nurturing way of Moira House (my secondary school), we had a brilliant careers advisor who suggested a secretarial college in Oxford. I was less enthused by the idea of training to be a PA, but very excited by the words “they have great contacts with London recruitment agencies”. 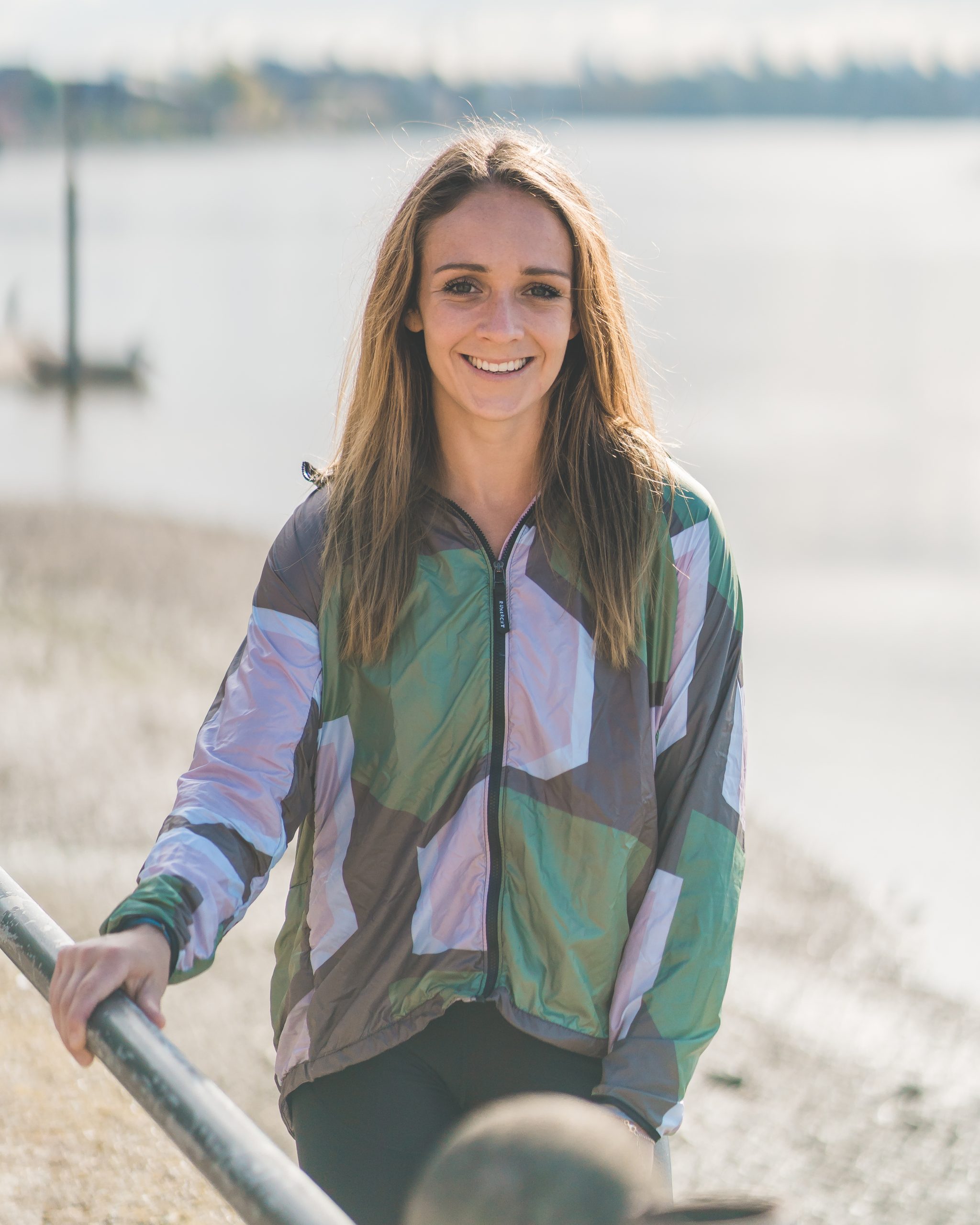 I spent the year after 6th form working for my stepdad as an Office Administrator in contract catering, saving money for the course and getting some experience in the office which I didn’t anticipate would be as helpful as it was. I even picked up Sundays working in the kitchen, too, just to top up that income.

Going to Oxford Media and Business School was a very natural progression from Moira House. Small, nurturing, all-female, and very structured. We were studying for an “Executive PA Diploma” and the course was as old-school as you’d expect. Touch typing, shorthand, itinerary-writing, report-writing, letter etiquette, phone etiquette… we were being shaped into identical little polished PAs ready to go and support the corps of London.

I speak about it now with an air of apathy, but i would 100% recommend this course to anyone who isn’t sure that university is the best option for them.

A few months after leaving OMBS, and about 5 rejections from interviews (I was shy and very socially anxious), I landed myself the role as Office Manager at Bain and Gray. A boutique recruitment agency in Mayfair. Small, nurturing.. and again, all female. I felt at home. I was well looked after by the Directors there who, I believe, took a massive gamble on the shy girl.

Being an office manager in a small working environment suited me and my introversion down to a T.

After 18 months of working in this role for Bain and Gray, I went and did the exact same thing for a slightly bigger office in the world of Acoustics.

But, alas, my organisation skills were getting pretty good by this point and I found that I was getting through my workload with too much thinking time on my hands to wonder what else I could be doing.

I started “THE LDN PA” which was essentially me marketing myself to fitness professionals on a freelance basis for admin and social media support. I absolutely loved the work I was doing for these guys. It was the first time I had tried to mix my passion for fitness with my “work” and it gave me the little entrepreneurial fire in my belly and knowledge that, well… I could create an entire career of my own choosing.

In the summer of 2017, this extra freelance work that I was taking on increased very dramatically. I had an inability to say no to work… I always felt like there would be a way to squeeze it in, somehow. This was the summer that I became depressed and it is only this reflection on my career that I am taking note of the impact that this extra work might have had on my mental wellbeing, too. Perhaps the fatigue from working freelance before and after my 9-5 hours made me even more susceptible to “feeling the feels” more strongly.

I ceased all freelance work around September 2017… and Run Talk Run was born in October 2017.

So how did the idea of Run Talk Run come about?

When I found myself depressed that summer in 2017, I did everything I thought was “right” to get myself better. I paid an insane amount of money on private therapy, but found that I wasted that money through spending a lot of that time lying to the therapist and not feeling comfortable enough to be fully vulnerable to share what was actually on my mind.

The darkness of my thoughts led me to wanting to escape London on a frequent basis, so I would spend weekends at home in East Sussex with my mum during that time. My mother is a very keen runner and she’d get me out and running (reluctantly) every weekend with her. Soon enough, I found that I was sharing the depths of the thoughts that were plaguing my mind whilst out on these runs. I felt my inhibitions lower and the space offered a completely new opportunity to divulge some of the more vulnerable things that I’d been keeping to myself. 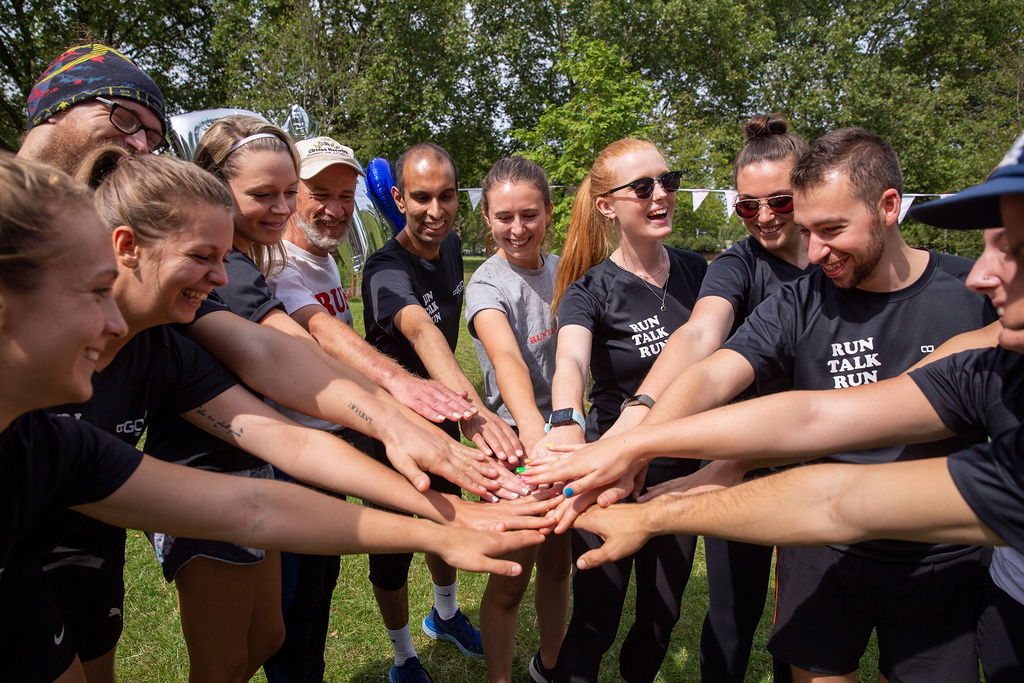 I wanted to replicate this “safe space” that I had found for myself at home and bring it to London. And so I started Run Talk Run.

A gentle 5km open to all abilities, where the premise is that we are facilitating a safe space to talk about our mental health.

Its safe to say Run Talk Run has had a big impact on a lot of people. What is your reach and can you talk us through some of your big successes?

Run Talk Run now facilitates 80 support groups worldwide, with over 110 volunteers offering their legs and ears to the community.

The success is the community itself. It is in the way that we are able to show up week on week to a consistent supportive space and be our full selves. The success lies in the “little wins” for the runners – the days when they might not have otherwise left the house, or the runs that remind a person that they are more capable than they ever could have imagined!

We are for the people who are waiting for therapy, people who have been discharged from their NHS services, people who are actually doing “ok” but still need a space to talk, and people who simply want to run with a group of non-judgemental people!

A whopping 82.9% of runners said that Run Talk Run had improved their mental health in the last year, and close to 90% said they would be happy reaching out to our community if they found themselves in crisis.

What are your hopes and dreams for the future of Run Talk Run? 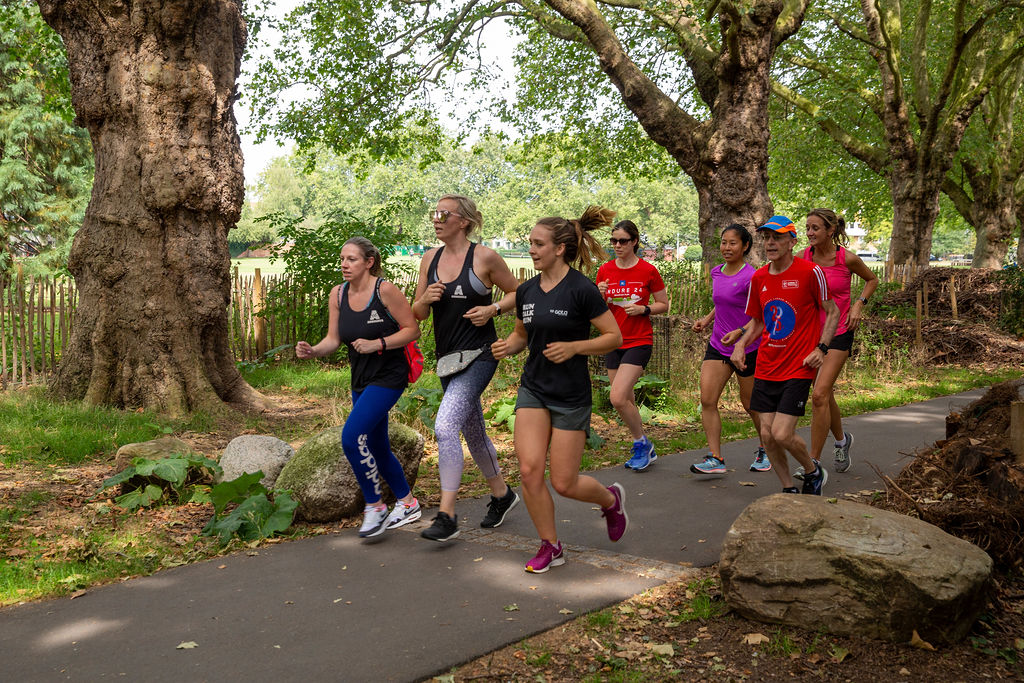 My dreams for Run Talk Run is that we become ever-more accessible, with an increase in runs worldwide.

To ensure the sustainability of Run Talk Run, we’re looking to brands and running clubs to partner with Run Talk Run in 2020. If that’s you – or you know someone who would be interested in this – reach out!

How can people get involved in the movement?

If you would like to attend a run, you can find all of our events listed on the myCrew app – we are free to attend, and always will be!

For those thinking about leading a run, please do pop me an email – I’d love to hear from you! 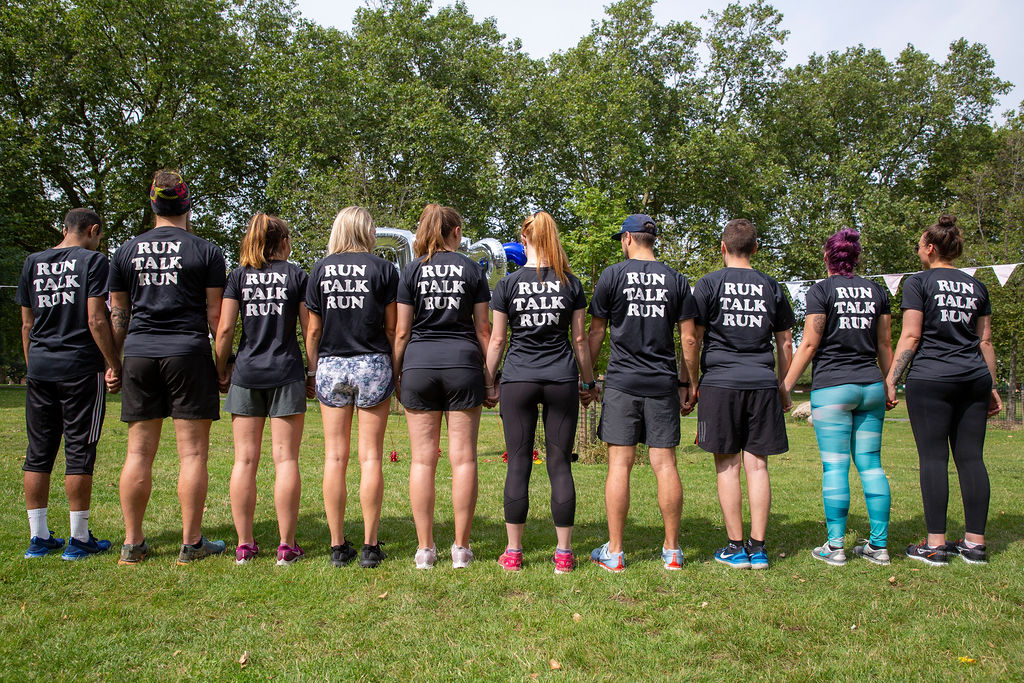