Shining the spotlight on… Donna Coulling

Today we shine the spotlight on Donna Coulling as she shares her fascinating PA journey, hoping to inspire and motivate others!

Talk us through your PA career journey to date… 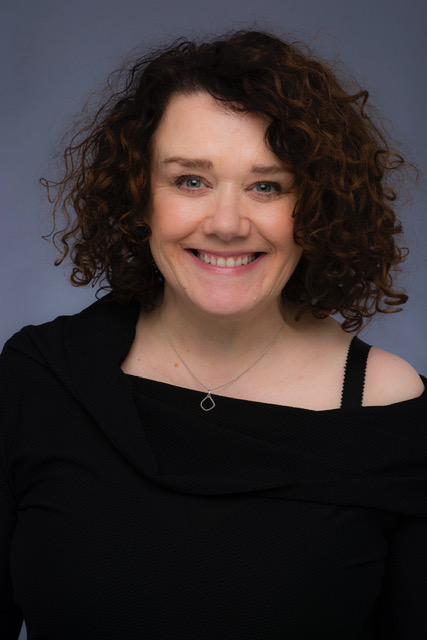 I wasn’t going to be a PA when I grew up; firstly, an astronaut, failing that, a choreographer. I did ballet from the age of two but when I reached twenty, I veered more towards acting. After drama school I worked more off than on for about six years before admitting to myself that it might be time to try something else.

I went from the Actors Centre reception in Covent Garden, to an agent’s assistant based at the Prince of Wales theatre, executive producer’s assistant at a film company in Victoria, production secretary on ‘The Graduate’ in SoHo, gleaning knowledge and building contacts along the way. However, none of these fuelled my passion, until I bumped into an actor’s assistant and had that lightbulb moment. I didn’t know what the job was, was it indeed a real job? But I cobbled together a CV, sent it out, and thought what’s the worse that can happen?

My first client was Helena Bonham Carter, and we’ll be nineteen years together in May this year so I must be doing something right! It was clear from the start that the clients I have only needed someone on a part-time basis, which is why I can work for five of them. Four of them I’ve been with for seventeen years or more, only one is a newbie, we’re just over four years together. Over the years I’ve been in this role, I think I’ve worked for around fifteen people, including the five I’m still with.

I work from my client’s homes; I’ve never had an office. Sometimes from my kitchen table, a café, my car, this also means I can do everything on the hoof as and when they need something. When you work in someone’s home, their sanctuary, it does take a certain type of person to be able to do that, and I know it’s not for everyone. Our personalities have to work together, we both need to be respectful of each other, be stealth as you never know what you’re walking into, and very importantly, to be able to create boundaries within your working relationship.

About five years into my role I met with a production company who wanted to talk to a PA who worked in music. I did at that time, I went in to chat, they put me on camera and I filmed a pilot for Channel 4/MTV (it didn’t get picked up, don’t get excited!). This wasn’t an acting role; it was me being a Celebrity PA and helping a pop star find a PA. I was then a judge on a ten-part series finding the late Pete Burns a PA, using my experience thus far as a celebrity assistant, plus my training as an actor and now being back in front of the camera. Around that time, I got a job as a guest presenter on the shopping channel QVC which I still do regularly, and around nine years ago I spoke at the Office*show (now the PA Show) which I’ve done many times since. I’ve been lucky enough to be invited to speak in-house at various company PA events around the country, as well as being a regular keynote speaker at PA conferences around the world. This brings me so much joy when meeting other PA/EA types all learning from each other, supporting, and sharing experiences, it’s such an inspirational community.

Your book ‘The Chamber of Celebrity PA Secrets’ has received rave reviews, how did the book come about?

I would meet people fairly regularly for coffee, lunch, etc, who wanted to find out how to get into the industry and the role I am in. Then I had my daughter thirteen years ago, and as well as work I found it more difficult to find the time to do this. For those who wanted some more information, who perhaps couldn’t get to a conference I may have been speaking at, I wrote a (small) book on where I came from, how I got my first job, and how I maintain being the best that I can in this role – otherwise what’s the point in doing it? 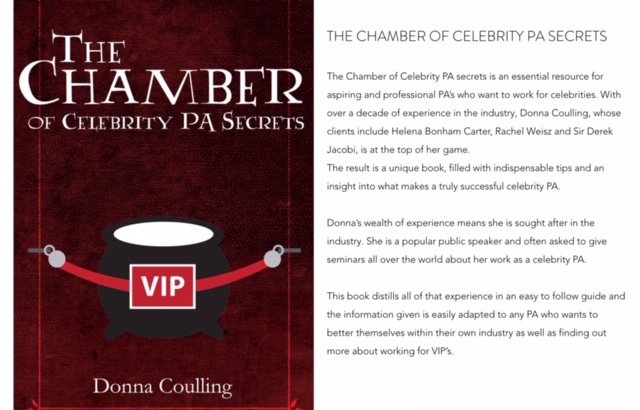 Where can we catch you speaking over the coming months?

So far, I’ll be at the PA Show (https://www.thepashow.com) at ExCel on February 26th, doing a panel discussion and then a keynote ‘Career Change to Career Amalgamation’. Also, the Hemsley Fraser PA Conference in Kensington (https://www.hemsleyfraser.co.uk/course/pa-conference-summer-2020) on June 10th  with the keynote ‘Let’s Collaborate, Putting the Dream into your Team’, as well as a panel discussion. 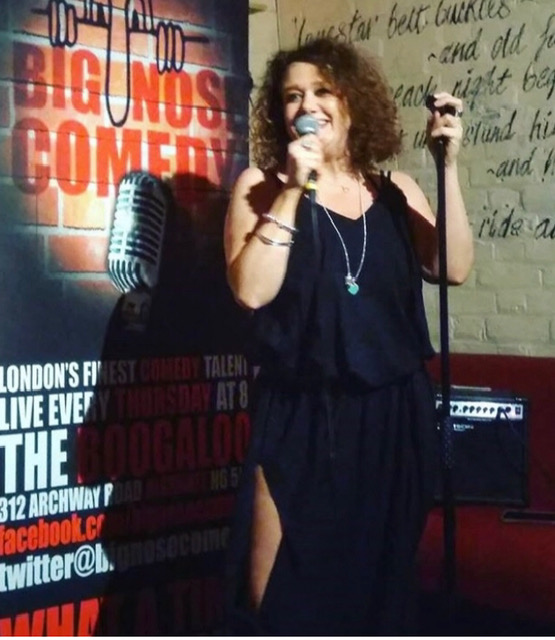 And what are your hopes and dreams for the future?

I started doing stand up comedy a year ago, I’ve just finished the fourth edit on a non-fiction memoir book which a couple of agents are reading, fingers crossed! Just, more of the same really. I’m very passionate about my role, and motivating/inspiring others to make the most of theirs. We work for a loooooong time so let’s keep supporting and encouraging each other along the way.